If you haven't heard by now, Hobart is looking for a new head coach after former head coach T.W. Johnson stepped down from his position. And while it would be nice if Mr. Suxa got the gig and sent the Statesmen to new heights... that ain't happening.

Considering that (1) Hobart was able to put together a decent season, and (2) we want the Statesmen to continue to find success against all the odds stacked against them (especially considering there's always a debate within the school whether they should head down to a lower division given the costs of running a Division I program and the past successes the program had at the Division III level), we've formed College Crosse Consulting, LLC to help sell the coaching job to candidates across the nation. Let's take a look at some of the highlights of a brochure that will excite potential coaches across the country! 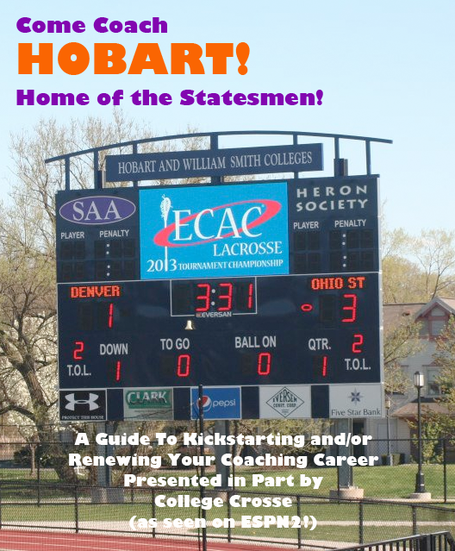 See, with our cover we're a firm believer that more exclamation points means more excitement! But that's only the start of our mailbox-stuffer for every D-1, D-2, D-3, high school lacrosse coach, and people-with-cool-names-that-may-or-may-not-be-actual-lacrosse-coaches in the nation. Here's some fancy text and stuff:

But our work isn't finished here. Selling Hobart isn't enough. You've gotta aim for selling relocating to Geneva. So we've got that covered for Hobart, too.

Getting to Know Geneva 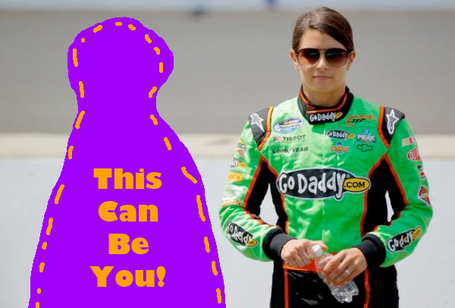 VROOM VROOM! Recruits will be committing to the 'Bart in no time!

If all else fails, we hit them with the facts that make Hobart the ideal coaching position.

BOOM! No coach will ever want to coach anywhere but Hobart after reading all that! Just be sure to refer to us when interviewing for the position, potential coaches, and we'll give you a $50 coupon to the Bass Pro Shops down the road in Auburn. We'll throw in a Seneca Lake winery tour while we're at it. Oh, and you're welcome for the assist, Hobart. We here at College Crosse Consulting, LLC are here to make every lacrosse program's lives just a whole lot easier. Except for you, Wagner, you make it too hard for us sometimes.