The only issue with these infographics are that they get a little redundant this time of year. And when it comes to the two games in Annapolis, you've seen these things already a few weeks ago (ahem and sorta ahem). However, because you guys love infographics, and you love rivalries, which Johns Hopkins-Maryland and Loyola-Denver are two of the best in the biz, and I love the readers of this site, so without further ado, here's two matchup infographics for the games you'll see Saturday on ESPN2 from Annapolis, Maryland. Good luck with traffic on I-97 if you're going from Navy-Marine Corps Memorial Stadium to the Preakness. I'm still not sure which genius at the NCAA thought that was a good idea...

Dropkick Murphys Song(s) of the Matchup: Mandatory "Johnny I Hardly Knew Ya" and "Which Side Are You On?" for the rivalry aspect. 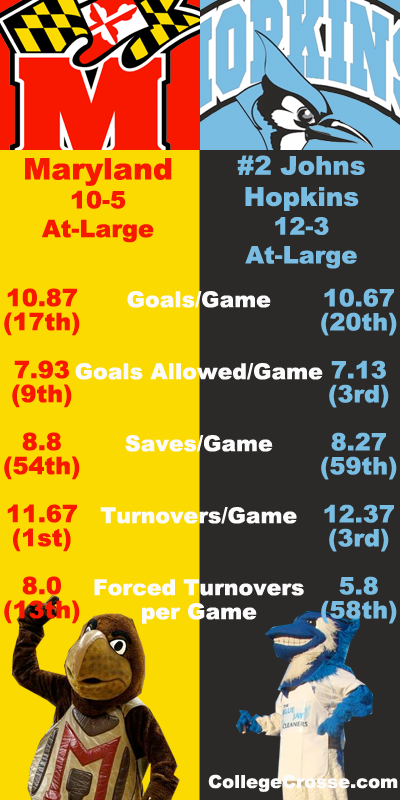 Denver-Loyola comes after the jump

Dropkick Murphys Song of the Matchup: Might as well do "Boys on the Docks" because this game's right on the water, right? 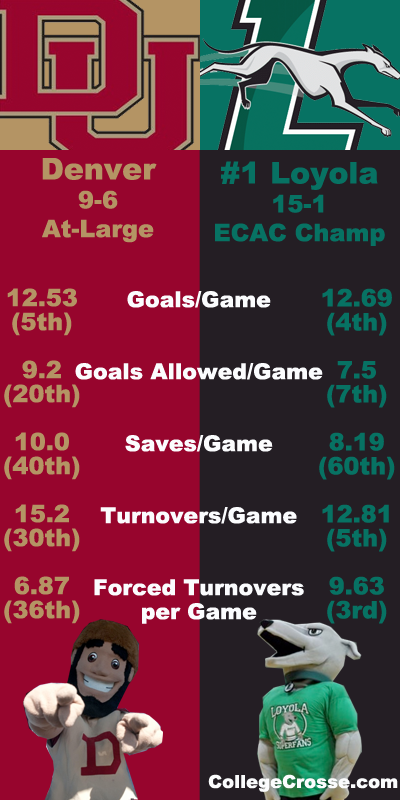