Take a break from reading stuff and stare at some crappy pictures I took on my Zack Morris-era cell phone.

Share All sharing options for: Big City Classic Sights: Hoya Suxa Goes From The Big City To A City 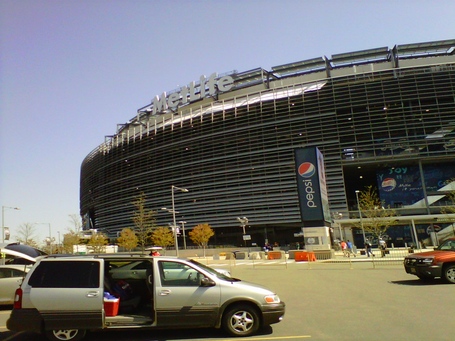 Inside Lacrosse couldn't have asked for a better day. There's an old story about the Mara family (the co-owners of the Giants) and how they were able to build the franchise and push professional football into the hearts of a region that was baseball-obsessed: The Mara's always seemed to get "Mara Weather." The day couldn't have more Tim and Wellington Mara in it today. 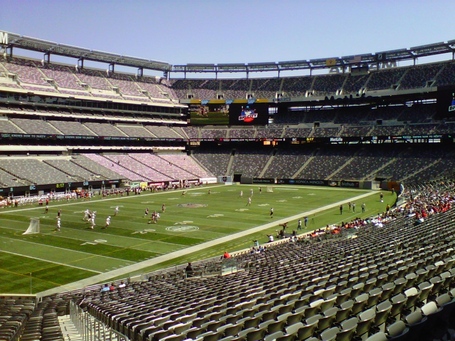 Don Bosco Prep and Bergen Catholic played a pretty bonkers undercard as I walked in the building. I think the final was something around 16-15 to Don Bosco Prep. The building wasn't full, but there was a nice crowd in the most sterile stadium in the county. (A billion dollars bought a hell of a lot of grey in the heart of the swamps of New Jersey.) 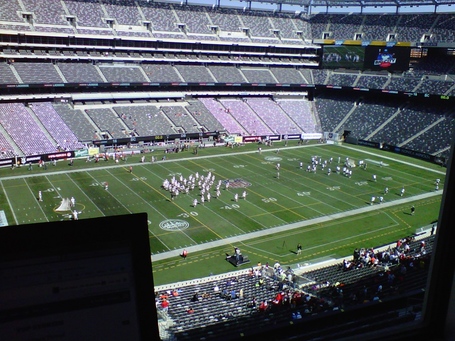 From my perch in MetLife Stadium. Princeton and Cornell were doing dueling stretches. I half expected some dance fighting to break out. I have to say: While the press amenities are nice, today's the kind of day that should be spent in the stands knocking back suds and enjoying the sunshine.