College Lacrosse doesn't have a million meme pictures circulating around. This clear warning is why that's the case.

Share All sharing options for: It’s Probably a Good Thing Nobody’s Made a “NCAA Lax Memes” Page on Facebook

If you’re on Facebook, you’ve probably noticed your friends liking stuff from sports meme pages. If you have no idea what I’m talking about, refer to this list:

Thankfully, there isn’t a real NCAA Lacrosse Memes page yet on Facebook. This is probably because it would have the same "HURRRRRR" stuff the other ones have by repeating everything all the time. However, let’s just say there was one. If there was, here’s probably the same garbage you’d see about three times a week.

This doesn’t deserve a Photoshop treatment or even an explanation.

This is more like it! Obviously this is a cornerstone of any lacrosse-themed anything about the sport of lacrosse’s domination over the sport of baseball. This can apply to anything, really. 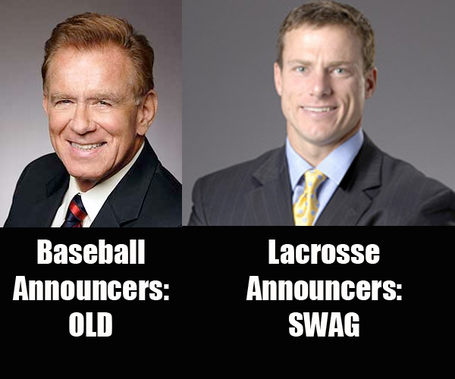 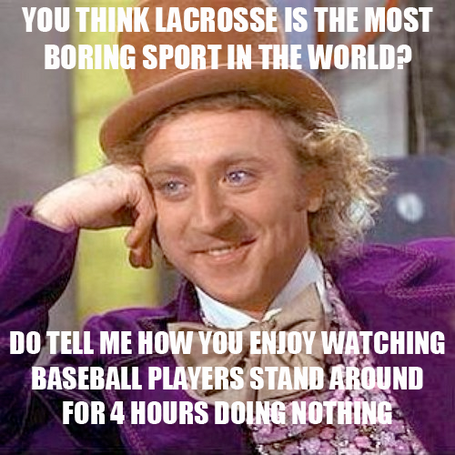 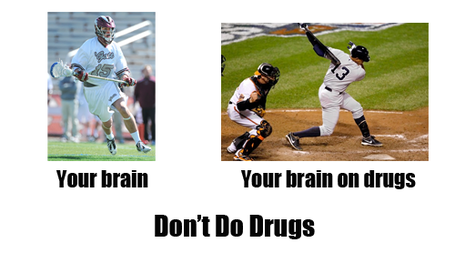 This is used like fifty million times on sports meme pages about how the sport of choice is wayyy tougher than a different sport by using a guy with a bloody face or something compared to a guy faking an injury or something to prove it. As such: 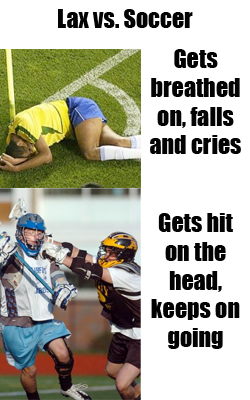 Similar to Arsenal fans whenever cross-town rival Tottenham does something in the EPL, some 15-year old Hopkins fan probably does the same whenever Loyola or Maryland or Syracuse does something. For instance, last Memorial Day, he probably did something like this when Loyola won: 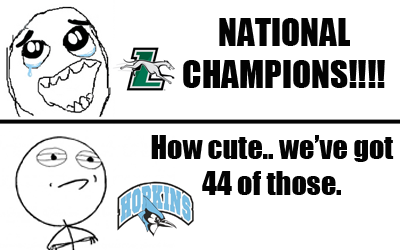 As well as doing this because, after all, Maryland lost that game: 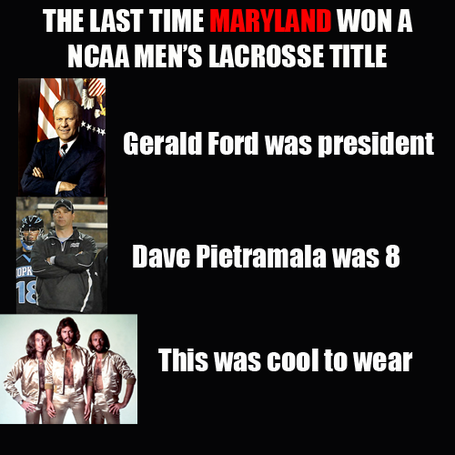 Kyle is a club lacrosse player at some New York City area college. Kyle is also a big Syracuse lacrosse fan. He has memories of going to NCAA lacrosse Final Fours as a child, but stopped going around 2006 for some reason. He also goes to the Big City Classic each year. As a result, he’s in the frame of mind that Princeton is still Syracuse’s most evil rival or something because of those Final Fours and the first two neutral site games at the Meadowlands. To prove Syracuse is way better than Princeton all the time as if people care, Kyle makes things like this once every two weeks, complete with outdated Syracuse logos. 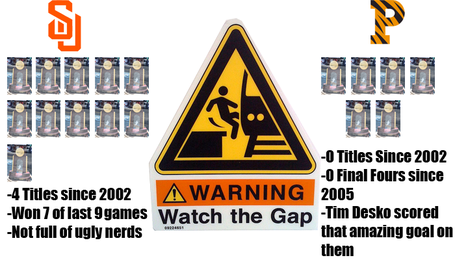 For instance, let’s say Mr. Harvard Fan from a Boston suburb hears all about Rob Pannell and how he’s a big factor in how Cornell’s really good. He completely ignores that the Big Red have other weapons other than Big Number 3. As a result, this happens: 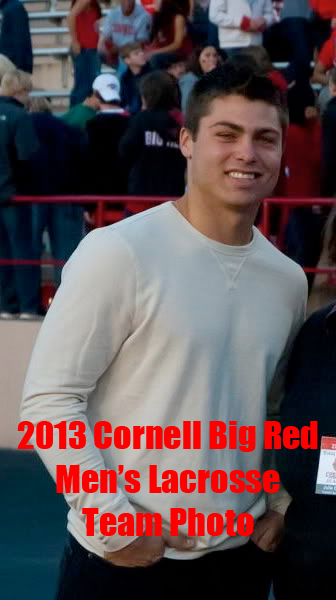 All four teams’ fanbases would find ways to bombard the group page with nonsense like this the whole time: 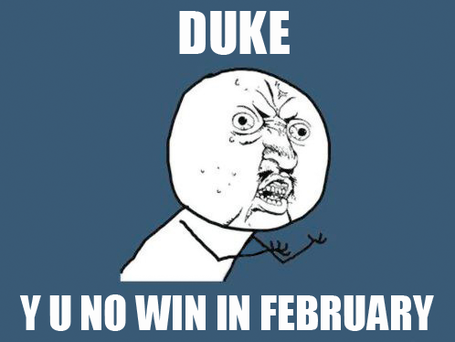 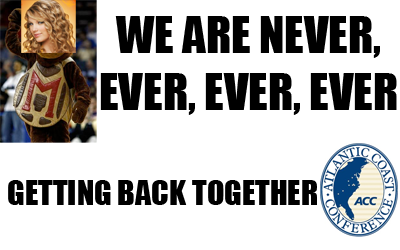 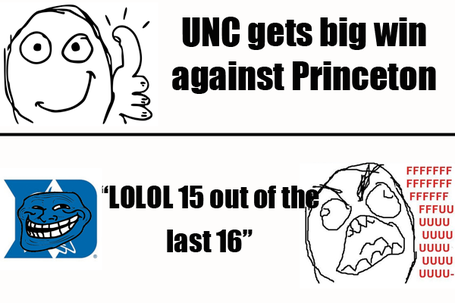 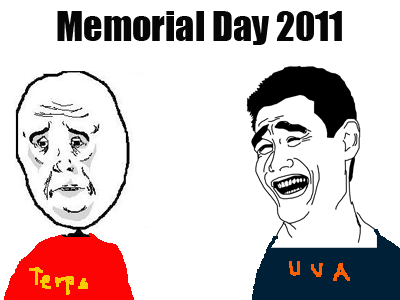 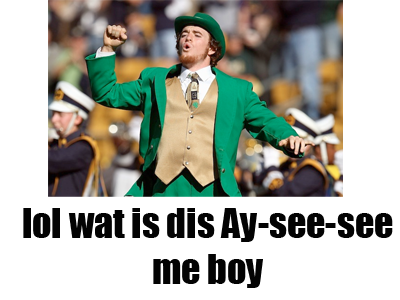 Kicking a school while they’re down

Sometimes it’s tough being a fan of a college lacrosse team. Your rival fanbases are having success while yours is struggling. Take UMBC for instance. They’re a decent draw in America East, but you have to deal with all the success that Hopkins, Maryland, and Loyola have by making the NCAA Tournament consistently and winning lots of games. Then, of course, some asshole from one of these other fanbases reminds you about how your team’s struggling with a condescending message such as this. 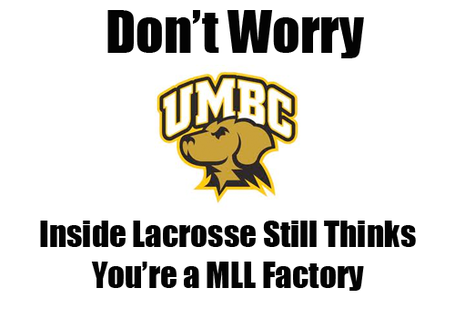 You hit the "next" button hoping that whoever made that has their school get hit with a 2-year NCAA sanction for something trivial.

Little Billy goes to all the Hofstra games at Shuart Stadium with his dad after lacrosse practice on Saturdays. He’s also recently discovered 4Chan. The end result is something like this: 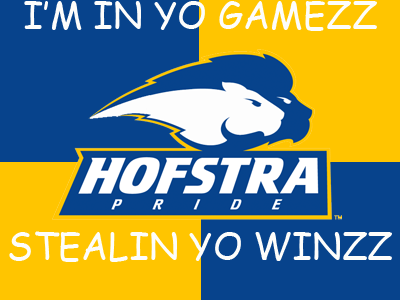 This invaded Facebook a couple months ago for every single profession or institution of higher learning under the sun. Some people still haven’t gotten the memo that its expiration date passed before "Gangnam Style" did. As a result, this shows up on your news feed. 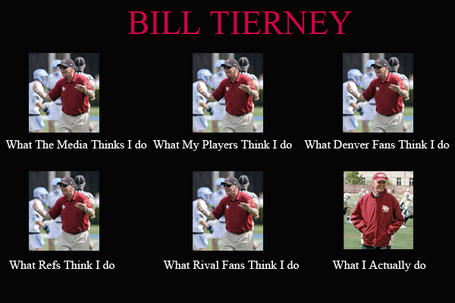 The constant desire for a NCAA Lacrosse video game

For some reason some mock article I did last summer still manages to generate a ton of page views for College Crosse because it mentioned a (fake) video game for lacrosse and everyone wants one. So going off of that, I’m sure a meme page will have about 40 of these: 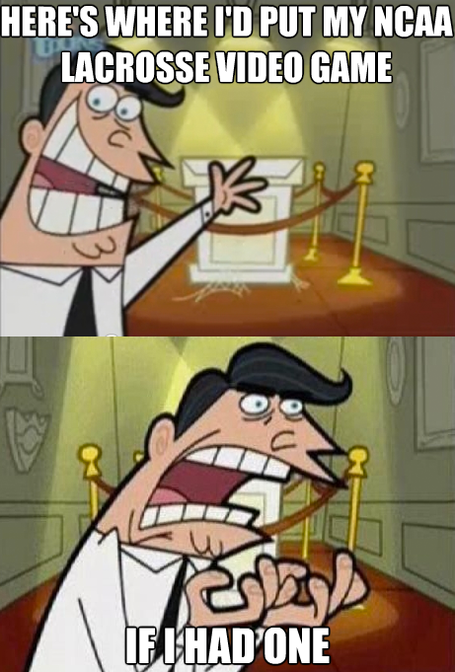 So in the end, let’s just absorb all this and be thankful nobody’s gone through the effort to making one of these meme pages. Everything you just saw would be repeated every other day. It would probably get old after two weeks like every other "____ meme" page anyway. Besides, the REAL comedy in sports these days are .gif files, guys.