It's the 2012 NCAA lacrosse Final Four! Take out the nice napkins and make sure that your kid doesn't have crap all over his face. College Crosse has this all under control, so feel safe, friends. If you missed anything -- and you really shouldn't because you're only hurting yourself if you do -- click this fancy highlighted text to get all caught up.

Dropkick Murphys - I'm Shipping Up To Boston (with lyrics). (via mArTiN90dth)

(You knew eventually this song would show up. Even if it's not really in Boston at all.)

Today's a big day in college lacrosse, as four teams battle it out in Foxborough to play for the right to dance with the National Championship on Monday! First, it's a battle of two teams looking for title number one as Notre Dame faces-off against Loyola. That's followed by a clash of rivals and two different styles of play as Duke collides with Maryland. ESPN2's got all the action for you starting at 2:30. As always (and for that matter, better late than never), we've got some fancy smancy infographs to help you prepare for today's games (as well as give you the ability to blast out some Dropkick Murphys songs for the whole neighborhood to hear). Without any more interruption, here's a look at today's big games!

Dropkick Murphys Song of the Matchup: Their cover of "The Irish Rover," because it's a team named the Fighting Irish against a team that's named after a dog. Get it? 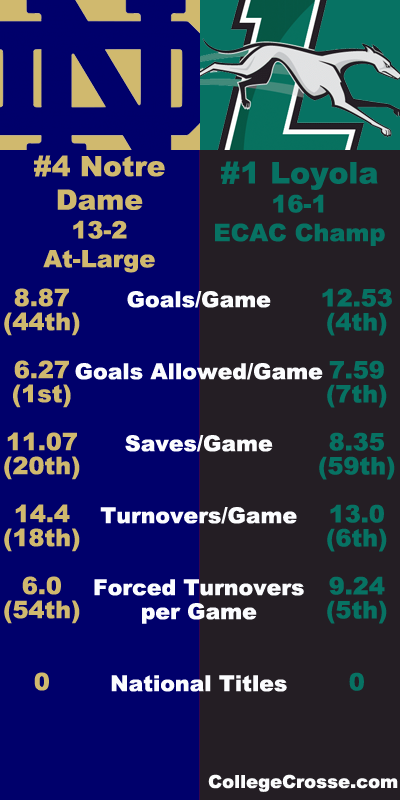 Dropkick Murphys Song of the Matchup: "Gonna be a Blackout," because both of these teams probably brought their black alternate uniforms this weekend to Foxborough. And it kind of gets you pumped for a rivalry game, too. 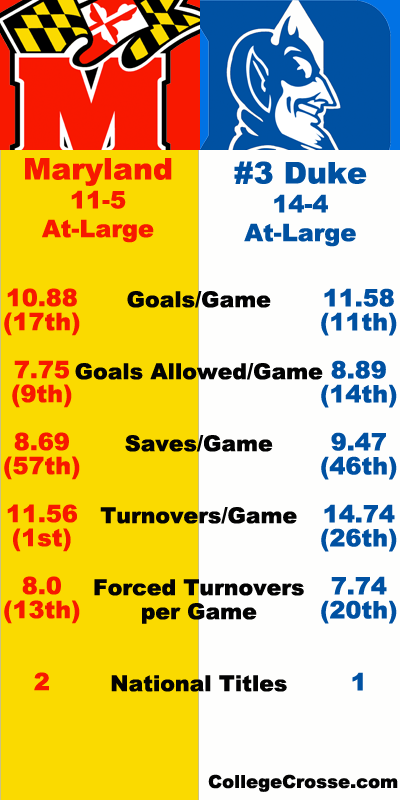