Dropkick Murphys Song of the Matchup: "Take It and Run" because Loyola wants to do just that early

Dropkick Murphys - Take it and run (lyrics on description) (via doslitris)

So yeah, Loyola's the top seed of the NCAA Tournament. They'd like nothing better than to propel that to win their first national championship and become the kings of the lacrosse world, as well as have bragging rights over those other Maryland schools (like Hopkins, Maryland, and Navy). However, considering this entire season's been so crazy go nuts, it's not impossible for Canisius to screw that all up for the Greyhounds and pull off one of the largest upsets in NCAA Tournament history. Here's a look at how this game will shape up. 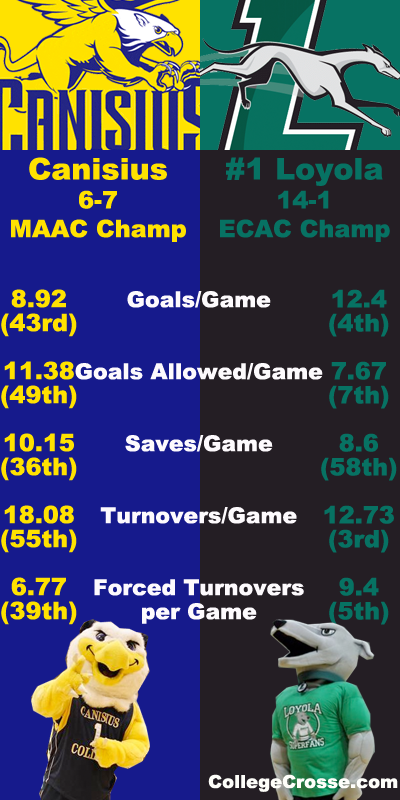