Dropkick Murphys Song of the Matchup: "The State of Massachusetts" because the game's being played there and that's where the tournament ends as well.

Dropkick Murphys - The State of Massachusetts (via Guyfr0msweden)

Two teams... two very similar color schemes... two almost identical mascots and logos. This must mean one thing: UMass-Colgate. It's chock filled with colonial guys with tri-cornered hats and red jackets and stuff. It's also got Will Manny and Peter Baum and if you needed any reason to watch lacrosse ever, that's it. In addition to the Manny-Baum battle, it's a very interesting matchup between two of the teams that headed the mid-major movement sweeping the college lacrosse world. And just look at the whopping amount of goals per game that both teams score! It's anybody's game out in Amherst, and here's how the Minutemen and Raiders match up 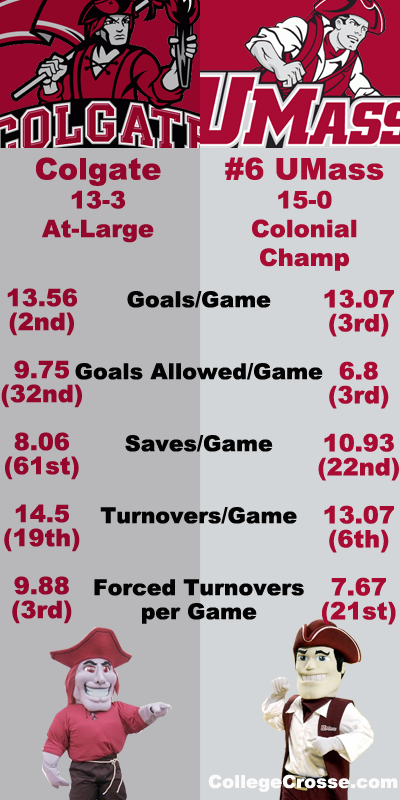 See what I mean? Those guys are like twins.