The Myth of Rob Pannell

Share All sharing options for: The Myth of Rob Pannell

Cornell's Rob Pannell is a lot of things:

But, you already knew all of that. What you didn't know is that Pannell is also boys with mythical creatures such as the Yetti: 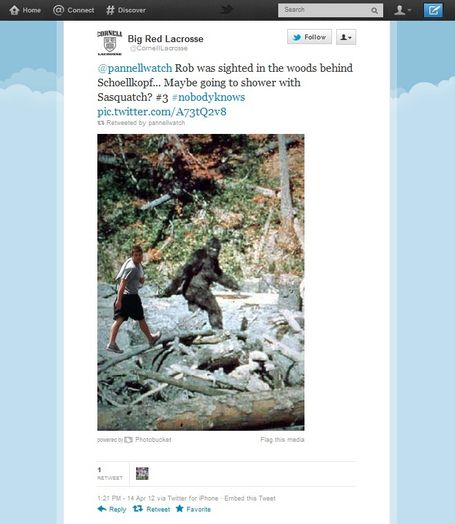 Attention creepy people in Montana: Do not shoot Rob Pannell as he walks through your woods with the Yetti. He has a family and stuff and I'd like to watch him score goals this spring and summer without the hurdle of doing so while nursing gunshot wounds because you're trying to sell his remains to the History Channel as some kind of evidence for a cockamamie "REAL SECRETS OF THE UNKNOWN: REVEALED!" television program.