Share All sharing options for: Open Forum: Best Lacrosse Stadiums/Venues in the Nation??

A bit of a slow day here in the college lacrosse world so I wanted to start an open forum for all of us to discuss our favorite lacrosse venues in the nation.

I have been fortunate enough to watch some of the best games over the past years in the Carrier Dome, but I have also seen what the crowd at Schoellkopf Field at Cornell and Klockner Stadium in Charlottesville is a great time on a sunny Saturday when the place is packed.

Here are some of the tops in the country:

Schoellkopf Field is a 25,597-capacity stadium at Cornell University's Ithaca-campus that opened in 1915 and is used for the Cornell Big Red football, sprint football, lacrosse and field hockey teams 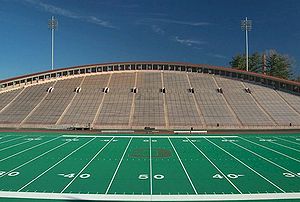 Klockner Stadium: The men's and women's lacrosse teams play all home games at Köckner Stadium. The field has served as one of the best places to catch the most exciting lacrosse games in ACC history. It also attracts some of the best teams in the country, which makes for an exhilarating spring in Klöckner. Home to the Virginia Cavaliers

Built at a cost of $3.4 million, Klöckner Stadium was made possible through the generosity of the Klöckner Group donating $1.2 million to the construction the stadium. 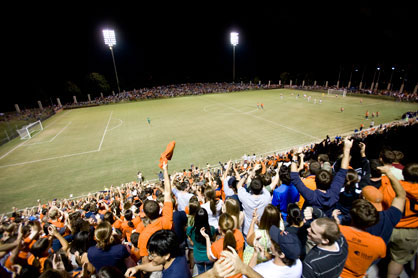 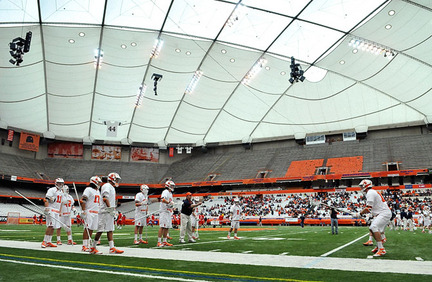 Homewood Field: Said by some to be the "Mecca of Lacrrose" and the "Yankee Stadium" of the lacrosse world, It was built in 1906 and has an official capacity of 8,500 people. Home of the Johns Hopkins Blue Jays 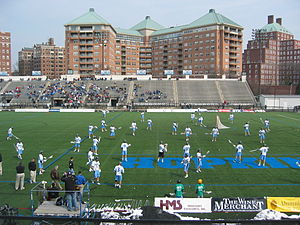 Princeton Stadium: The stadium opened in 1998 on the site of Princeton's former stadium, Palmer Stadium, and seats 27,773. 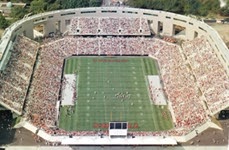 Leave your comments below about where you have seen some of the best games and why.  Where you feel the home team truly has an advantage.