Take a break from staring at brackets and feast your eyes on something more visually appealing (and it has way more lacrosse, to boot).

It's mid-March and college lacrosse season continues to chug along. We're now at the point where almost everyone has started conference play and resumes for The Big Barbecue are becoming clearer and beefed up.

THE FACEOFF is here, again, to recap some of the past week's action and provide some insight into who's at the top of the leaderboards and media poll. There's also quite a few games to look at for this upcoming weekend, whether that means tapping your television remote or clicking through the Internet for streams. There's plenty of conference battles to go around, including a rematch of last year's NCAA Championship with Duke and Syracuse squaring off in Durham. ESPNU and CBS Sports Network have five games between them in the next week, so you'll have a grand ol' time catching some games on the tele. Let's go ahead and take a look at what's on tap in this week's edition of THE FACEOFF: 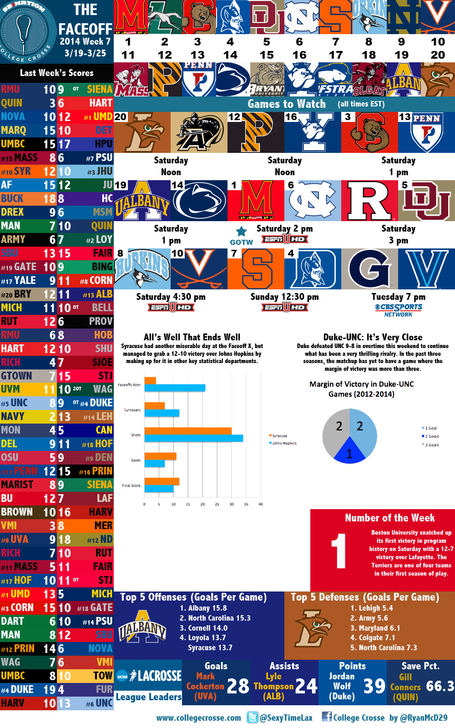