Share All sharing options for: Lacrosse the Internet: August 5, 2013

This is obviously your favorite site, but other people actually write important stuff sometimes. Now is that sometimes.

ReQRuitme boys' recruit: Penncrest 2014 attackman Manganiello commits to Delaware
Penncrest rising senior attackman Will Manganiello has made a verbal commitment to play Division I lacrosse at the University of Delaware.

Infographic: Thomas Paras U-M Scoring Output 2012/13
Even after battling through injuries a year ago, Thomas Paras has accounted for nearly 15 percent of the U-M scoring punch in the first two seasons for U-M as a varsity program. Paras will return to the squad for his fifth-year of eligibility in 2014 after enrolling in grad school at U-M.

Checking in with Jake Graves
TowsonTigers.com sat down with fifth-year senior Jake Graves of the Towson men's lacrosse team for a brief, getting-to-know-you chat. Graves has struggled with hand injuries throughout his career, including one at the end of the 2013 season.

Darien's Craft named senior captain of Yale's lacrosse squad
It's safe to say that Yale University's lacrosse team is officially "back on the map," and it is thanks in no small part to Darien's Jimmy Craft.

Today's beats: There are no beats today. Instead, some friends and I celebrated Wingsgiving this past Saturday. We obviously broke out the fine china. 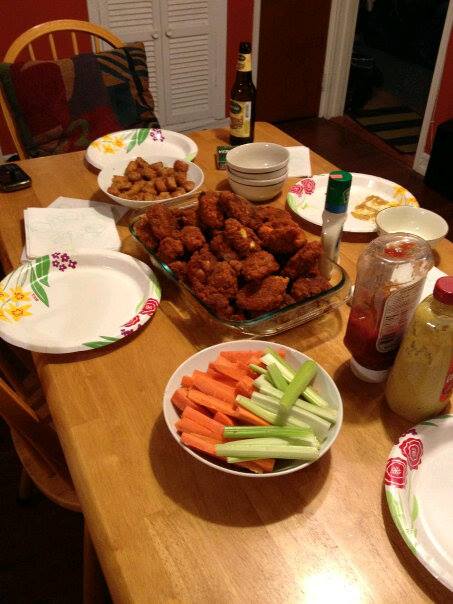