College lacrosse's biggest individual award is being given out tonight in Washington. You want to compare the players and their stats but, more importantly, you want pretty pictures and colors. We've solved that for you.

College sports are known for their individual MVP awards for being all fancy shmancy. Football has the Heisman Trophy, basketball has about three different awards, and hockey brings the Hobey Baker Award to the table. Lacrosse also has their preeminent honor with the Tewaaraton Award. Since 2001, the nation's best players in both the men's and women's games come together for the bestowing of this achievement.

Tonight, five of the biggest stars in the game will assemble at the Smithsonian's National Museum of the American Indian in Washington, D.C. There will be cocktail receptions with pigs in a blanket and spinach dip, there will be classy suits and bow-ties, and there will be plenty photo-ops between the nominees. There will also be a nice ceremony to present the Tewaaraton to the best of the best.

Here's a look at how the five nominees for this prestigious award stack up: 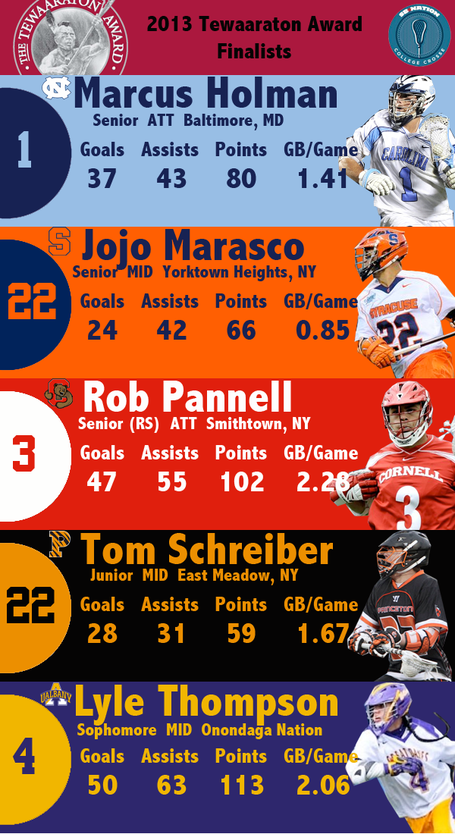 (Click to make it larger than their performances this season.)