The Battle of Charles Street, now in pictorial form.

Loyola and Johns Hopkins are quite good at lacrosse. They're both ranked in the polls and they've both done the championship thing. They're also literally a mile apart. As a result, there's bound to be bad blood when the Greyhounds and the Blue Jays square off.

It's Homecoming at Homewood on Saturday and there's a lot on the line for the defending national champs and one of the nation's most storied programs. With two weeks left in the regular season, both teams are living dangerously on the bubble. A win here for either team would give them quite a bit of an RPI boost and possibly get them into the NCAA Tournament field. A loss could be a crippling blow, though Loyola has the benefit of a conference tournament ahead of them.

The series has been heavily one sided toward the Jays' direction, as Dave Pietramala has never lost to Loyola in his time in Baltimore. Loyola's only loss last season came at the hands of Hopkins, too. However, none of this stops the intensity of this close-knitted rivalry, and with the stakes so high, it's going to be quite the game to watch. ESPNU will have the coverage at 2:00 tomorrow. Here's a look at how the two match up. 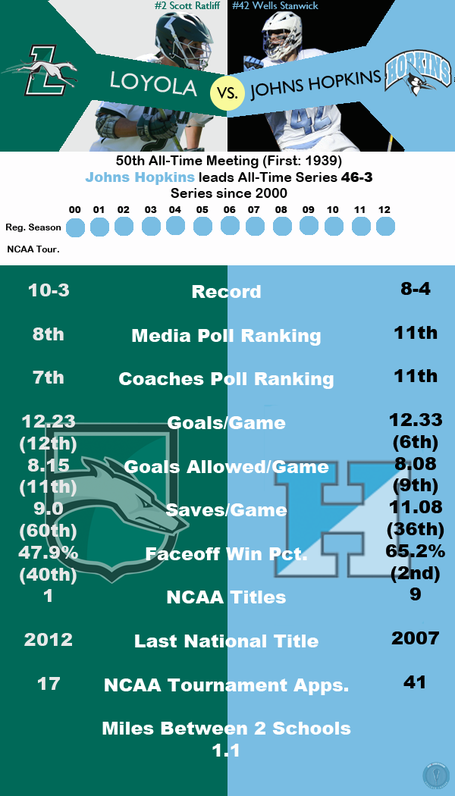