There are rivalries and there's whatever Hopkins-Syracuse is.

Johns Hopkins-Maryland is probably college lacrosse's best rivalry -- there is little that tops the underlying aspects to Jays-Terps, with geography, institutional differences, and over a hundred years of heated competition underlying a series that operates at maximum capacity -- but Johns Hopkins-Syracuse may be the nation's most interesting rivalry:

Saturday afternoon in the Carrier Dome should be another impressive chapter in the rivalry. ESPNU has the broadcast at 1:00, and a big crowd is expected in the bubble. Here's an infographic to get you ready for the game: 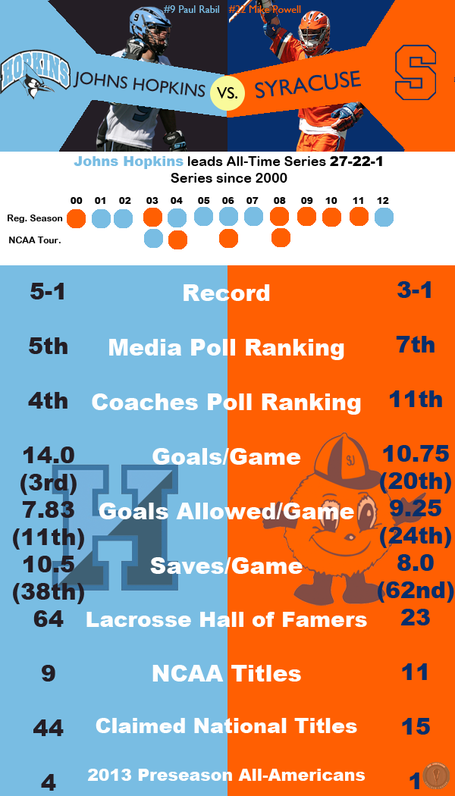