College Crosse breaks out its new weekly infographic-centric piece to tell you what happened and what's ahead. Behold the glory of the color wheel!

Here at College Crosse we've got a whole slew of weekly features that analyze aspects of the game, dissect the polls, and bathe in nonsense. I've been put in charge of making infographics that look nice and pretty and provide a good place for pulling stats together in a neat, clean order. Here we're going to combine the two in a new weekly feature -- published each Tuesday -- called THE FACEOFF.

So, what will you find in THE FACEOFF? Some badass stuff, such as:

Enough writing words you don't care about, let's hit you with the first installment of THE FACEOFF! Click it to grow! 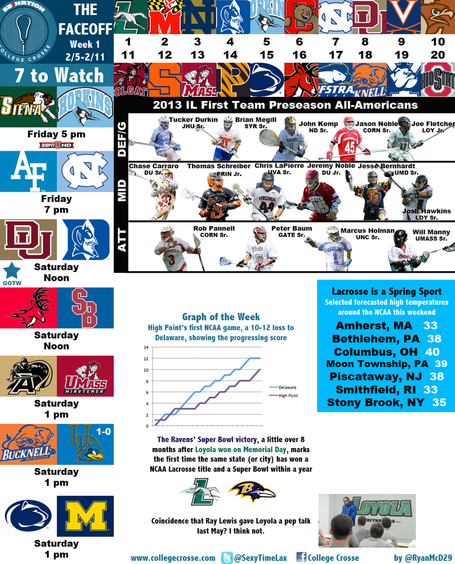