Things go super duper this week with huge matchups all around. THE FACEOFF is here to help you out.

Well, boys and girls, it's time to go crazy with lacrosse. Tons of rivalries and top 20 showdowns dot the schedule this upcoming weekend. This is where things really skyrocket and it feels like lacrosse season. We'll give you the explanations on stuff later, but first here's this week's FACEOFF Infographic. 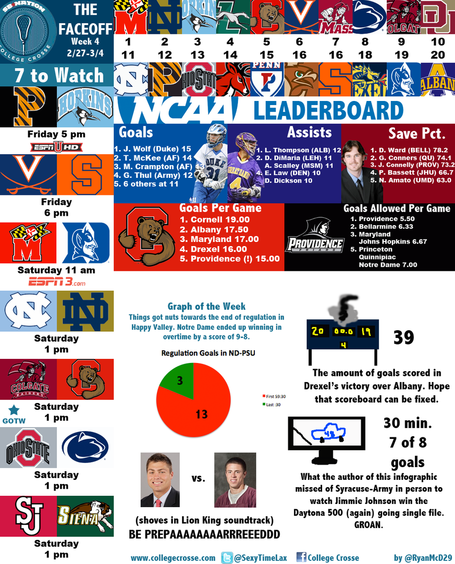 Stick around College Crosse all weekend long for this huge slate of college lacrosse, because it's going to be a fun one to watch. (Plus, we have plenty of people kicking around to talk about them as well, so you can be all hip and social and have knowledge to spit at your friends later Friday and Saturday nights about the great lacrosse you watched.)