College Crosse gets you all ready to go for the second full week of NCAA lacrosse action.

After a week that got the lacrosse world talking about a new program's first victory, a huge road victory for a top 10 team, a nailbiter for a dark horse contender, and . . . snow, it's time to really get the ball rolling on the 2013 season. This week there's fun things such as neutral site events down south, some nationally televised games, and another top five matchup in Durham, North Carolina. Some things to note about this week's FACEOFF:

So, let's set you up for the upcoming week of lacrosse with THE FACEOFF. 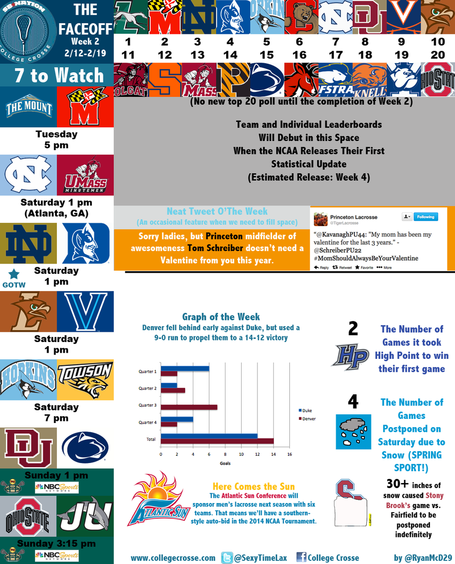