According to the Baltimore Sun's main page, the Navy Midshipmen have hired the white version of Rick Sowell.  A major gaffe by the Sun had assistant coach Ryan Wellner pictured as the next head coach.

A major ooops! moment for the Baltimore Sun, regarded as one of the better publications in the nation to check out for lacrosse news.  As we all know by now, Sowell looks like this: 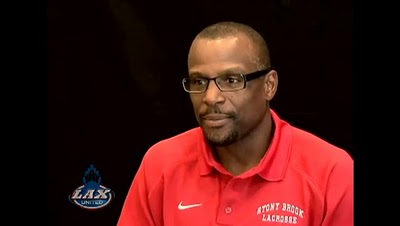 All jokes aside, its a great day for Sowell and his family as he becomes the eighth men's lacrosse coach in Navy history.  He has his work cut out for him as Navy finished 2011 with a 4-9 record.  Congrats to coach Rick Sowell.

Some more stats on Sowell and his coaching career: