ACC Attackmen; A preview of some of the top names in 2011

Share All sharing options for: ACC Attackmen; A preview of some of the top names in 2011


As the 2011 season is fastly approaching us, I wanted to do a quick rundown on the attackmen of each conference. We will start with the A.C.C.

Some can argue that the ACC has the best attackmen in all of the country. With four of the top returning scorers in the country in the conference, any ACC matchup is sure to be a high scoring contest.

Billy Bitter: : One of the quickest players in the country, Bitter is a tough matchup for any longpole. While he does a great job with the ball, one thing Bitter does is create offense for the rest of his teammates. He is able to draw attention all over the field, thats how lethal a weapon Bitter is. He finished 2010 with 22 goals and 22 assists and could often times be seen breaking the ankles of the defenders who tried to stay with him. The quarterback of the Tar Heel offense, Bitter always has a target on his back. When that is the case, it is important to see a player like that be able to feed the ball as well. That is one thing that will be interesting to see if Bitter can do more of in 2011. If Bitter can distribute the ball a little better in '11, he will be the total package for coach Joe Breschi and the UNC Tar Heels.

Zach Howell: The 6'0", 175 lb. senior is one of the more under rated players in the country. He finished third in the ACC with 71 points (51 g, 19 a) and seventh in the entire country with those numbers. While he played most of his career in the shadows of All-Americans Ned Crotty and Max Quinzani, 2011 will be Howells year for coach John Danowski and the Duke Blue Devils. Howell isnt flashy or shifty, he is just a natural attackman and 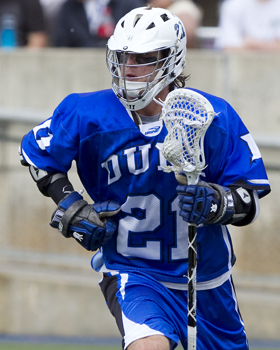 will beat you to the one on one to the cage. It will interesting to see how Danowski uses Howell in '11 because he isnt exactly the quarterback type. With an above average shot for an attackman, Howell can be used outside the box as well.

Steele Stanwick: While he might be one of the most recognized name of the ACC, its debabtable if he is even the best attackman on his team. As usual, coach Dom Starsia has a stacked attack unit for the 'Hoos in 2011. With Stanwick and sophomore Chris Bocklet, the options are endless for Starsia. Stanwick put up 61 points in 2010 (29 g, 32a ) and he is the ideal quarterback a coach could ask for. He can beat you one on one and from many different areas of the field but he can also feed the ball as well as anyone. That is one thing that makes him so deadly. Pair him up with finished Bocklett and the duo should put up impressive numbers in '11.

Chris Bocklet: Bocklet is the Yang to Stanwick's Ying and you can expect for the duo to find each other many times in 2011. Bocklet finished 2010 with 53 goals and 13 assists. He averaged just under four goals per game and really made a name for himself in '10. The duo of Bocklet and Stanwick will give opposing coaches headaches game in and game out in '11. Bocklet is a pure finisher and has an ability to be in the right place at the right time, often being fed by Stanwick. Some interesting stats and numbers for Bocklet. He became the first Cavalier to score 50 goals in a season since Doug Knight in 1996 and he was just an honorable mention All-American in 2010. Also, dont be suprised to see Bocklet have a little bone to pick as he was a third team pre-season All-American.

Grant Catalino: At 6'5" 225, Catalino is a beast. He creates matchup problems for any defenseman trying to stick with him. If he can use his size a little more to his advantage in 2011, the nation can finally see Catalino's potential. A player who can also be used at the midfield position, Catalino finished '10 with 34 goals and 20 assists. The All-ACC player and third team All-American in 2010 will team up with Ryan Young to form another potent unit for the Terps. Catalino did a great job of letting everything come to him in 2010, as many teams double teamed him and over played him, then he found other guys on the field. Thats one thing Catalino does very well: Adjust to the game. 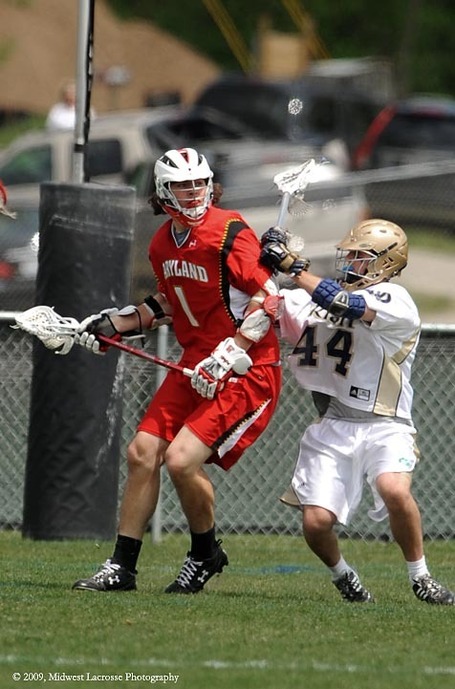 Ryan Young: Slightly undersized at 6'0", Young has always found ways to make up for it. Alot like Bitter in many senses (they were teammates at Manhassett High School on Long Island), Young is as quick on his feet as anyone in the nation. He can beat anyone one on one and is a threat behind the cage. Tallying 48 points in '10 (18 g, 30 a), Young can create offense in many different ways. If he can team up with Catalino and force double teams, it will leave the midfield for the Terps with some nice shots from close distance. 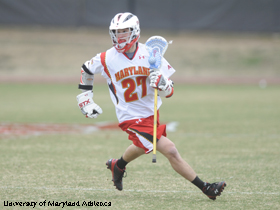