Tweet Share
 Tweet Share on Twitter Share Share on Facebook Pin Pinterest + Comments
Due to formatting all images are not show. Make sure you check out the original article @ The Online Tailgate
As the FIFA World Cup winds down, the Federation of International Lacrosse World Championship is set for its opening faceoff on Wednesday in Netanya, Israel. The United States is hoping to avenge it’s horrible showing in the 2014 championship game where they were only able to muster five goals, and the maple syrup lovers to the north are looking for their first back to back titles in Canadian history.
Now to prepare for the week-long spectacle of lacrosse on the world stage, let’s first prepare with a unit by unit breakdown of the top position groups: 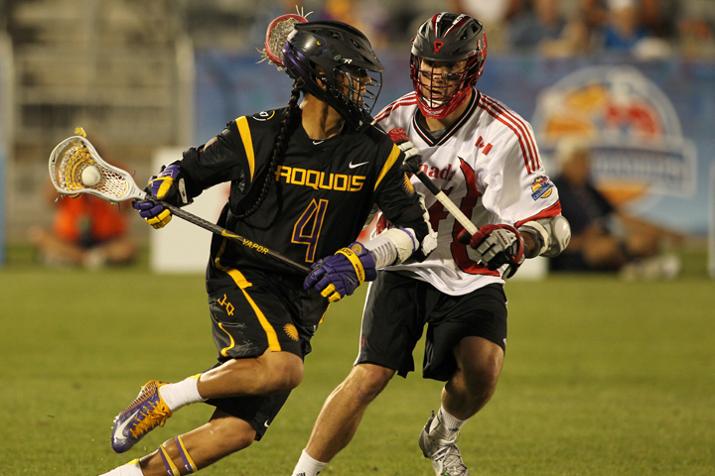 The amount of talent on the world stage is unbelievable, and yet this was the easiest decision out of the entire article. Even though USA’s Rob Pannell was voted Most Outstanding Attackman in 2014, the talent on attack for this Iroquois team is absurd. That starts with Lyle Thompson, who was named to the All-World Team along with Pannell in 2014 despite the fact he was still in college. You add on those four years of experience, his brother Miles and cousin Ty, they could already have the top unit in the world.

But then you add on another family: The two brothers, Randy and Austin Staats. Austin dominated the 2016 U19 World Championships being named to the All-World Team and he still may not be the true reason to fear the unit. That is, without a doubt, the six foot one, 235 pound sophomore Tehoka Nanticoke. Nanticoke was All-World Team MVP over Staats in 2016, and in was already a NCAA All-American this year. I expect him to dominate the entire tournament despite his age.
The weakness of this unit: They can’t go play defense and faceoff to get the ball to themselves. However, there is no shot clock or stall warning in international play, which is great for this group. In a game where they can grind clock and limit possessions, they can beat anyone in the 9-8 range. But if it goes to double digits, they just won’t get enough possessions to keep up despite their talent. 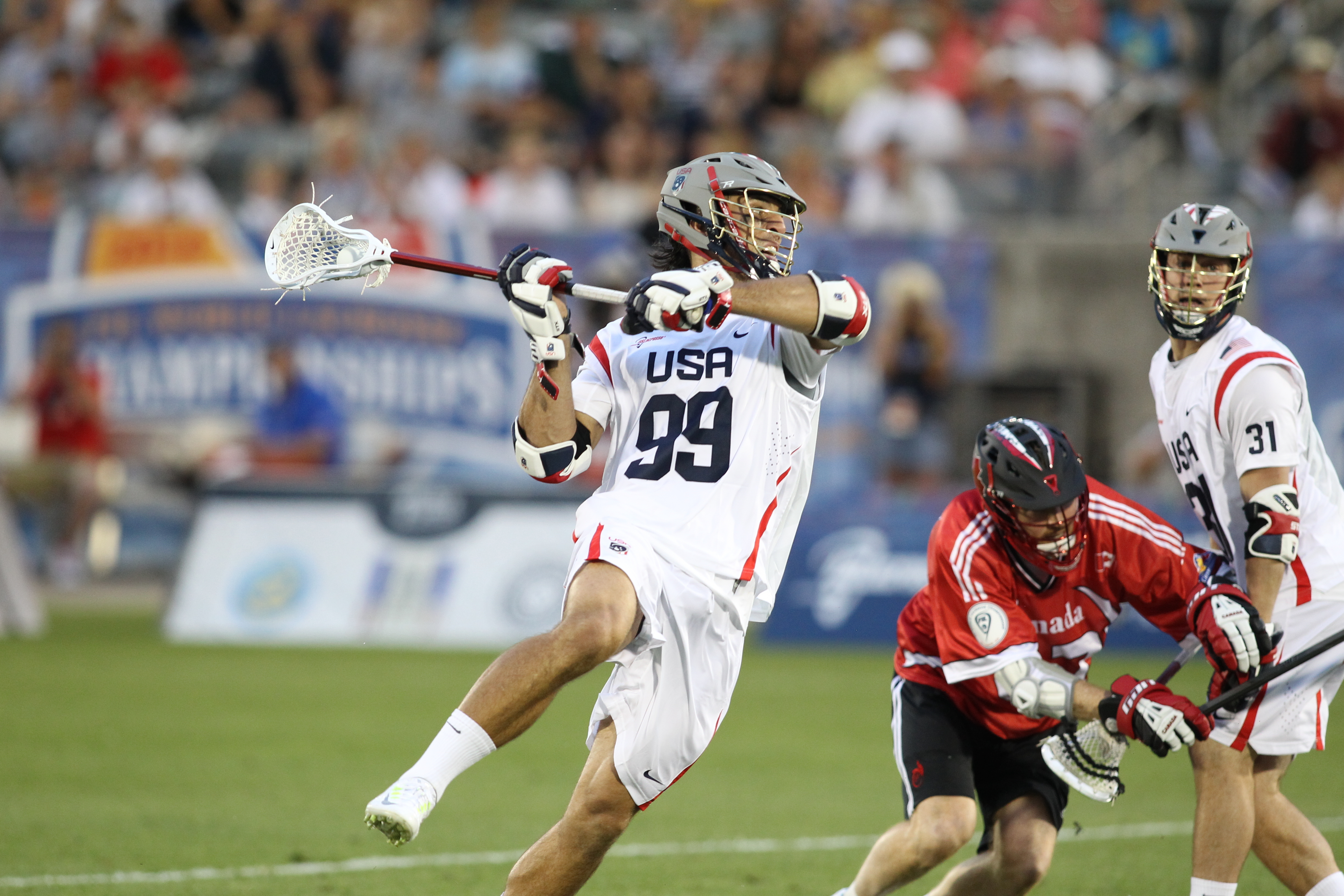 If you watch the NBA you’ve got to think to yourself "Lebron is going to stop being in his prime eventually, right?" The same thought has to cross your mind with Paul Rabil. Despite being one of the older players in the tournament, he may still be the best midfielder in the world. The defending Most Outstanding Midfielder from 2014 has a great chance to do it again, and the talent surrounding him is also outstanding.

I would expect Tom Schreiber and John Haus to round out the first line with Rabil, and the three of them can put up goals in bunches. However, those two's first ever world games, which is an interesting dynamic. It is likely the reason you still see guys like Danowski and Crotty still on the team.

One facet of this group that I truly believe in is their strength at short stick defensive midfield. Bernhardt, Unterstein, and DeNapoli are the class of the tournament on the defensive end and can push well in transition as well. However, this isn’t the MLL, and getting caught pushing too much can hurt you vs grind out teams, especially if they’re unable to win faceoffs. Which leads me to… 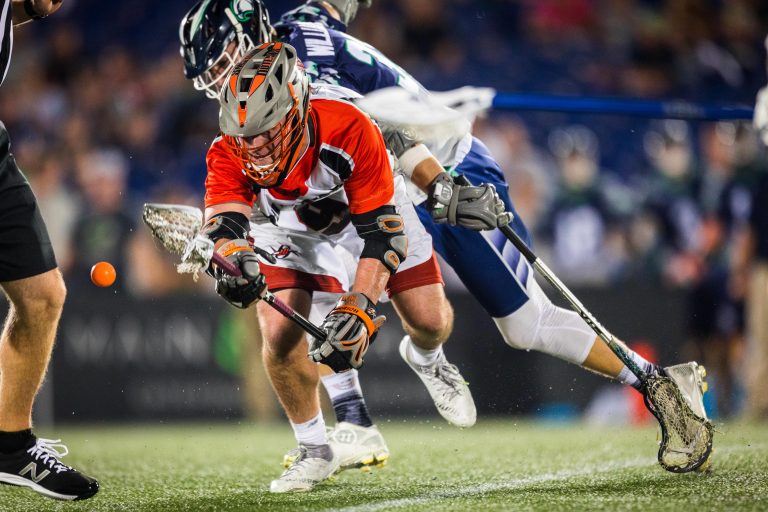 Trevor Baptiste will eventually be the best FOGO in the world, but not in 2018. In his most recent MLL game he finished 11-38 vs Denver. Denver’s FOGO is Max Adler, who just happens to play for Israel. Adler is also currently leading the MLL in faceoff percentage and is about as hot as they come right now.

Unless you follow the MLL closely, it’s likely you’ve never heard of the former Division II player at Bentley and 7th round draft pick. He may not have the name recognition of Trevor Bapitiste or the ageless wonders of Geoff Snider and Greg Gurenlian, but he should have enormous amounts of success vs every opponent. 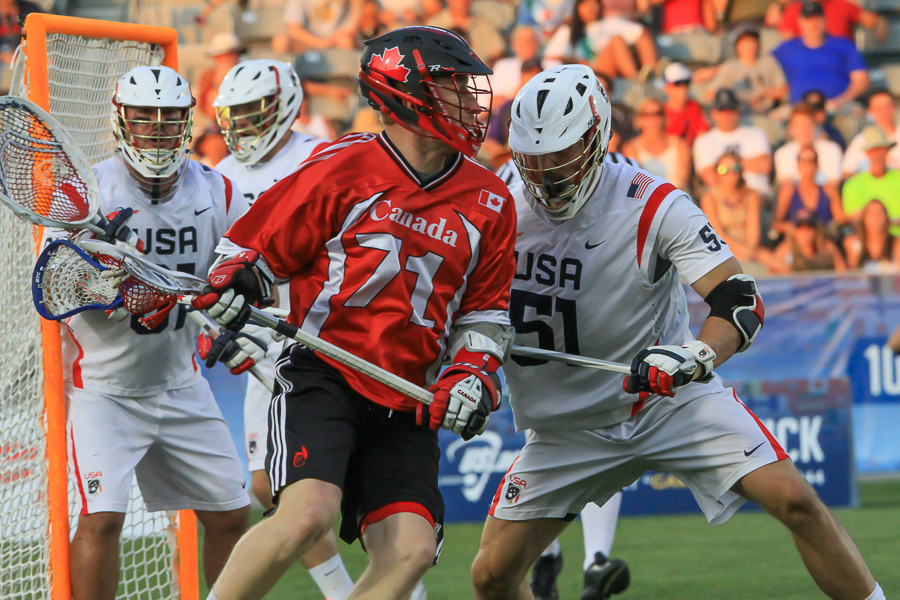 Bernhardt, Durkin, and Hartzell return from what was an outstanding unit in 2014, and I expect this one to be even better. Aside from the fact that Durkin was the 2014 Most Outstanding Defenseman, I would trust any one of their six poles out on an island 1v1. That includes newcomers Joe Fletcher, Joel White, and Michael Ehrhardt. Each one is a matchup nightmare for opposing attackman.

This includes vs Albany. Don’t forget that Durkin held Lyle Thompson to zero points and five turnovers when they played in college, which is a play style much more similar to international than the MLL. And especially in that slower style, I love the athleticism of this unit, which gives them the ability to impact the game in multiple ways. This will be extremely important on faceoff wings. Baptiste has been struggling in the MLL so far, and Gurenlian struggled vs Snider in the 2014 championship, so these poles need to make an impact in that area. 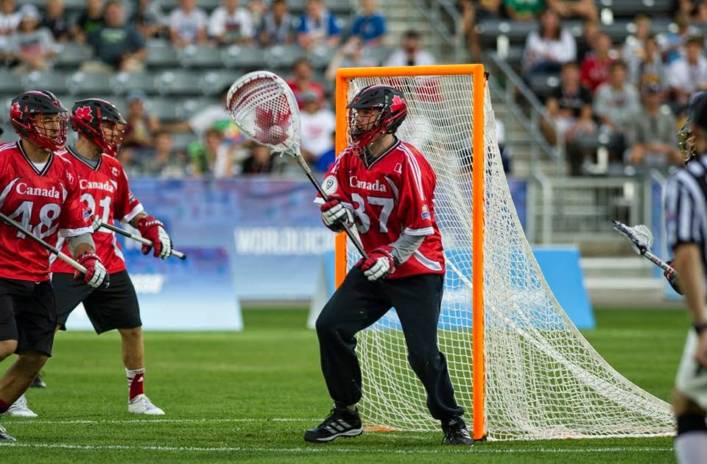 I am a huge believer in stats because in the end, your numbers don’t lie. Looking at Denver’s stats this year in the MLL, it is extremely apparent they believe Jack Kelly is their best goalie. And why shouldn’t they? Inside Lacrosse named him their First Team All-MLL goalie last season and every sign points to the fact that he should be the best goalie in these world games.

ESPECIALLY the sign that one of the goalies on Denver’s bench is Dillon Ward, the starting goalie for Canada. But goalies are weird, you can’t always look at stats. So much is mental and an ability to get hot and see the ball well. And that really makes me want to give this edge to Dillon Ward, who was not only the 2014 Most Outstanding Goalie, but also the MVP for the entire tournament.
Do you pick experience, or do you pick talent? I’ll leave that choice to you.
No matter who you are rooting for, make sure you tune in for the FIL World Championship. Every game will be available on ESPN+ and certain games will be live on ESPNU or ESPN2, the first being at 9:30am on Thursday when Israel and Jamaica faceoff.
As for me, I’ll be rooting for the U S of A.
-Grill Master
Follow Me on Twitter @TOTgrillmaster