College Crosse's side business, linking coaches with vacancies at schools that aren't on TV every other week, returns to help out the Big Green.

In our hiatus here at College Crosse, some big news happened up in New Hampshire. Andy Towers is out at Hanover after a mutual decision, which means the Dartmouth Big Green are now in need of a new head coach. In an otherwise slow offseason for coaching moves to this point, the Big Green have some hard investigating up ahead on who they want to pluck.

Enter College Crosse Consulting, LLC. We deliver results by flooding the e-mail inboxes and P.O. boxes of every lacrosse coach in the nation at every level about jobs at schools that didn't at all ask us to do so. Last summer, we did so for Hobart and it BROUGHT RESULTS! The Statesmen made it to the NEC Championship game in their first season under Greg Raymond.

That means it's time to help Dartmouth out with our great pro-bono campaign. And really, what head coach won't want to go up to the mountains of New Hampshire when they see the cover to our brochure? 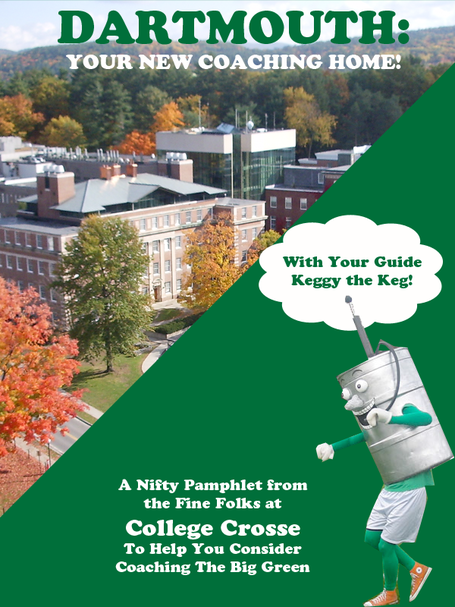 That's right, we've enlisted the help of America's most favorite mascot, Keggy the Keg! We promise he was only four beers deep at certain times in this process. Now right off the bat, we might have some skeptics. That's why off the bat we tell you:

Now that we've cleared up those misconceptions, we hit them on facts about Dartmouth College

Getting to Know Dartmouth College 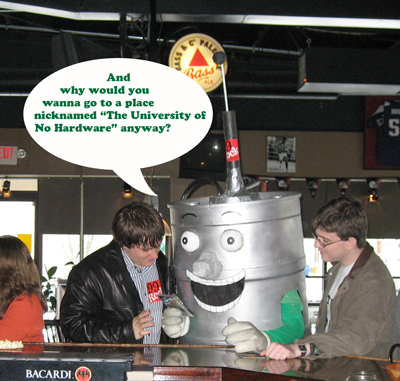 If all that mumbo jumbo doesn't seal the deal, we then go for selling the state of New Hampshire itself. I actually lived the first few years of my life in The Granite State, so now we're really able to go for the kill!

Life Free or Miss Out When You Die: New Hampshire 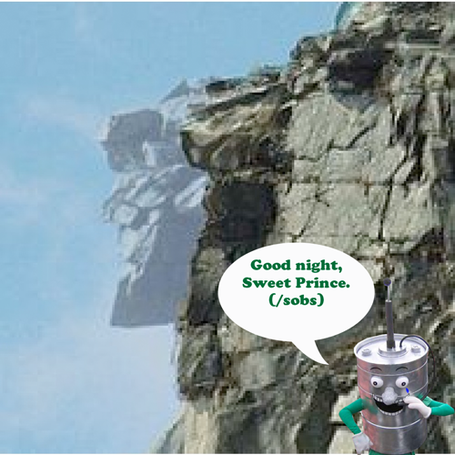 If all that doesn't work, we hit all these coaches with a blunt message. Instead of getting other people upset like we did with Hobart (you should see the angry letter we got from the Arby's in Cortland for that one!), we figured to go with something with more of an impact: 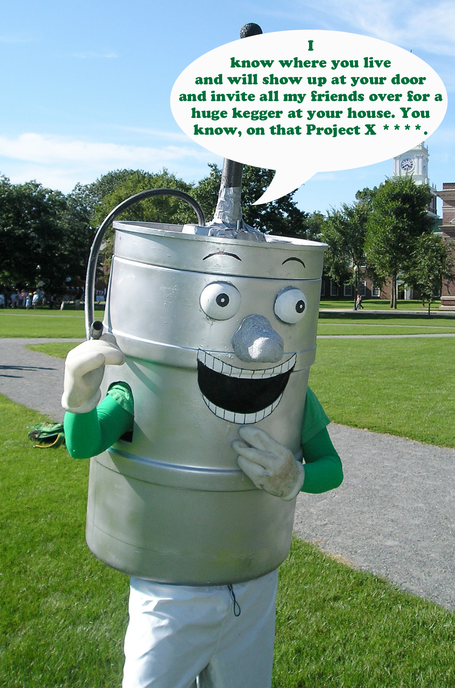 Yep, coaches will be calling Dartmouth Athletics' phone lines in no time once they get hit with that threat. We're College Crosse Consulting LLC, and we'll make your coaching search a breeze. Thank us later, Big Green.