A lot of schools have changed conferences or added teams over the offseason. We've got some infographics and a .gif to help you manage through all this.

The calendar is still stuck on January, but the college lacrosse season is just days away! The good news? You're that much closer to seeing your favorite team back on the field. The bad news? Well, there's been a lot of changes.

Thanks to the conference realignment designed to platform football and basketball for the 2013-14 academic year, a trickle down effect created a lot of movement in the lacrosse world. With the Big Ten adding the sport next season, things will move around even more, but for now we'll focus on this upcoming season. Additionally, four schools have added men's lacrosse, meaning there's some new faces to deal with as well.

Last year, Division I's conferences stacked up like this: 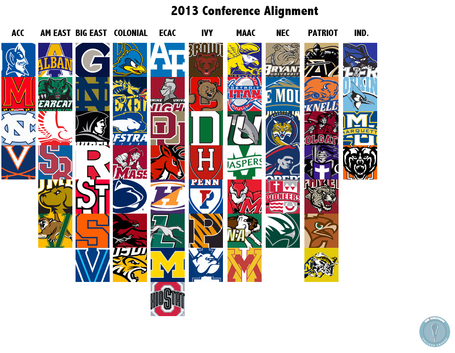 Then a lot of things happened this offseason. We'll break it down with a .gif (that's a hard g, thank you very much) and some play-by-play of the animation:

The end result of all this movement is this: 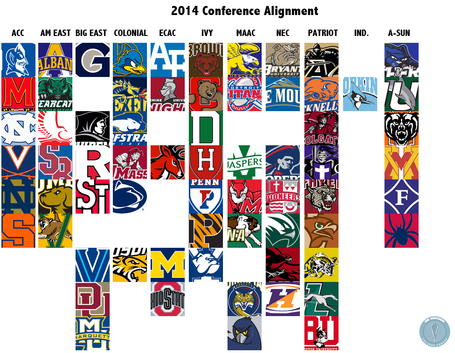 If you are a fan of the America East or Ivy League, you don't have to go too crazy about who's in your conference this year as the membership for both conferences did not change for the 2014 season. Every other conference, however, had at least one team move in or out and will look different from their membership in 2013. Johns Hopkins will play as the only independent this upcoming season, though that too will change in 2015 with the Big Ten coming in. The ECAC will be the only conference below six teams as the conference disintegrated over the offseason and will have its swan song this go 'round.