This is some terrific stuff.

Do you know Hofstra's Michael Hamilton? You should.

The fifth-year senior is helping anchor one of the best defensive units in the country -- through Tuesday's games, the Pride ranked sixth nationally in adjusted defensive efficiency while playing against a schedule that rates as the 11th toughest in terms of opposing offenses faced -- while also serving as a captain to a roster that has done some impressive things over its first three games. His individual stat line so far this season isn't face-meltingly impressive (Hamilton has just five groundballs and one caused turnover), but given how well the Pride's defense has been performing this year (due in part to Hamilton's leadership), the strength of the whole is unquestionably supported by the efforts of Hamilton in-close.

He's a major cog to Hofstra's success, but that's not the most impressive thing that Hamilton has done this season. No, sir, the most notable contribution he's made to Hofstra athletics this season is his fashion sense and photogenic nature: 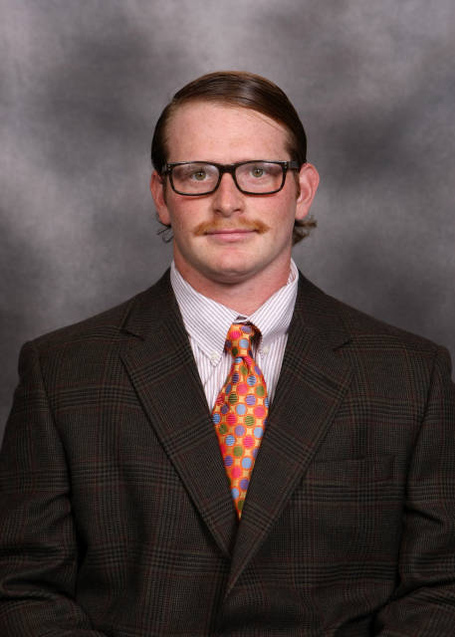 Are you surprised that Hamilton is a three-time CAA Commissioner's Academic Award recipient and a three-time Hofstra Athletics Academic Honor Roll honoree? Me neither. Here are my favorite things about this picture: